We are here for you.

Please get in touch if you would like to request a brochure or speak to a member of our Care Services Team.

How can we help?

We very much hope that you find Auckland Care’s website and the services we provide to be of interest and would welcome the opportunity to discuss your requirements, and how we can be of assistance, in person.

If you would like to contact us by email please complete the form and a member of the team will reply or call you back as soon as possible.

Come down and see us today!

We set out below some of the questions most frequently asked by prospective residents or their families and representatives and the answers we give to such enquiries.

However, if you have any questions which are not answered here or elsewhere in our Statement of Purpose, Residents Guide, or you wish to discuss something further, please feel free to ask us. Additional information, including a copy of our most recent inspection report, can be viewed in the Information File in the entrance Hall.

Is the care you provide any different to other homes?

We use the ‘Validation’ method, a practical approach based on knowledge about and empathy for the progressively isolating experience of people with dementia. This emphasises communication techniques based upon whichever stage the person with dementia has reached.

Our belief is that older people with Dementia need to feel secure and comfortable if they are to get the most out of their lives and this is central to the way that we care for the people who use our service. We work closely with residents, their families and friends and the various professional’s who may also be involved in supporting them, to gather as much information as we can about the person’s personality their likes, dislikes, life history, experiences and influences as we believe that this information will help us to better understand the person’s behaviour and build relationships with them.

For many people who have Dementia their behaviour is influenced strongly by fear that is created by them having a deep sense that something is not right with their thinking and memory. It is this fear that often creates behaviour that can be hard to understand in a person who has Dementia. As the person has reduced logical thinking ability and their ability to memorise and verbalise feelings and thoughts is often affected, attempts to try and explain how they feel are impossible. At Aucklands our staff are trained to recognise and allay fear in the residents we care for so that their personality is more readily visible and we can identify those abilities that have been least affected by the person’s dementia and work to maintain these, whilst supporting the person in the areas that are the weakest.

Can you explain a bit more about the different behavioural stages?

We set out below a brief overview of the four stages.

Stage One – Malorientation, mild confusion
In this stage the person can still maintain a good social facade to hide short-term memory losses. They appear to be orientated, but their attention span is reduced. People in Stage One are aware of ‘mistakes’ such as misplacing or forgetting things and try to hide them. They are often frightened of becoming ‘crazy’, of losing control and their independence. They will often exaggerate their independence to mask their own fears and are frightened by other people in the more advanced stages of dementia. They will experience difficulty in finding some words and may lose the ‘thread’ of a conversation. They may appear frustrated and sometimes become angry, defensive, blaming, tense or anxious.

Stage Two – Time Confusion, moderate confusion
In this stage, people become visibly disorientated and lose their sense of chronological time. They are not always aware of the season or the time of day and may refer to deceased persons, e.g. parents, as being still alive. They start to become disinhibited, losing their sense of social etiquette and starting to say what they are thinking. Language starts to become more obviously affected and people may lose the ‘thread’ of a sentence. They will often invent new words to substitute for lost ones. Attention span is very limited and they will keep misplacing things. However, people in Stage Two are less aware of their memory deficits and ‘mistakes’ so are less tense and anxious. They will often retreat to memories of happier times and are more relaxed than in Stage One.

Stage Three – Repetitive motion, severe confusion
In this stage, verbal ability is limited. Speech is usually in short phrases and sometimes may be just whistling or singing.
Phrases such as ‘Nurse, nurse’ or ‘help, help’ are often repeated throughout the day and efforts to initiate verbal contact are minimal. People in Stage Three often experience severe sensory deficits, especially visual. They will make repeated movements, such as rocking, tapping, patting, polishing or rolling up their dress. They will often sit or lie down for much of the day. They may recognise family members as being familiar, but usually cannot retrieve their names or their relationship to them.

Stage Four – Vegetation
In this stage, people appear to be sleeping for most of the day.
Their muscles are loose, with almost no body movements. They do not appear to recognise family members. They seem to withdraw from the outside world for most of the time.
People in Stage Four are still able to respond to loud noises and unusual stimuli, but mostly to music, a friendly voice tone, favourite foods or a massage.

Notes about staging
Within any of the four stages there can be a range of severity, through low to medium and high level functioning. People in transition between the different stages may exhibit behavioural characteristics of both stages simultaneously for some time, usually a number of months. During lucid moments, it is possible for a person to function at a stage higher than their normal level of functioning. It is not possible to predict how long a person will be in any given stage as this depends not only on how quickly the dementia is progressing, but on physical health, motivation, stimulation, perception, life experience and personality.

Aucklands provides a care home service without nursing - but what does this mean?

Aucklands is a care home that provides personal care and accommodation for 10 older people. Our Statement of Purpose reflects our commitment to Dementia care. At Aucklands our approach to meeting the needs of older people who have Dementia is possibly quite different to that taken in many care homes. We work to a model of care that is known as a ‘behavioural staging model’. This helps us to identify where in the course of their illness the person with dementia is, so that we can understand the specific difficulties they are having. We can then use the helping strategies that are most appropriate to the particular stage the person has reached to help them to live as full and enriched a life as possible. The model also helps us to anticipate what we can expect to see as the person’s illness progresses through the different stages and to identify when changes might be about general ill health or those associated with old age rather than the person’s Dementia.

Our staff recognise the different stages of Dementia and are trained to implement helping strategies.
As far as possible, residents associate with other residents within the same behavioural stage as themselves.

What sort of facilities can Aucklands offer?

Accommodation is spread over two floors served by stairs or a stair lift. We have a total of 8 bedrooms, all of which exceed the National Minimum Standard of 12 square metres. Two of the rooms are also large enough to accommodate a couple or friends wishing to share hence the registration for 10. On the ground floor we have four bedrooms and there are four bedrooms on the first floor. Each floor has a communal toilet and bathroom with bathing aids

Seven of our bedrooms have en-suite toilet and wash hand basin facilities. One bedroom has a sink but use of the communal bathroom which is directly opposite the room. Bedrooms are equipped with thermostatically controlled radiators all of which are protected, and ensure individual heat and warmth. Bedrooms are also equipped with high quality fuaniture and furnishings, televisions (most with Freeview) and an alarm call system to summon staff assistance if needed.

We also have a wide selection of equipment to assist people with a range of needs. This includes hoists, profiling beds, pressure relieving equipment, grab rails, and assisted baths.

Get in Touch. Get Involved. 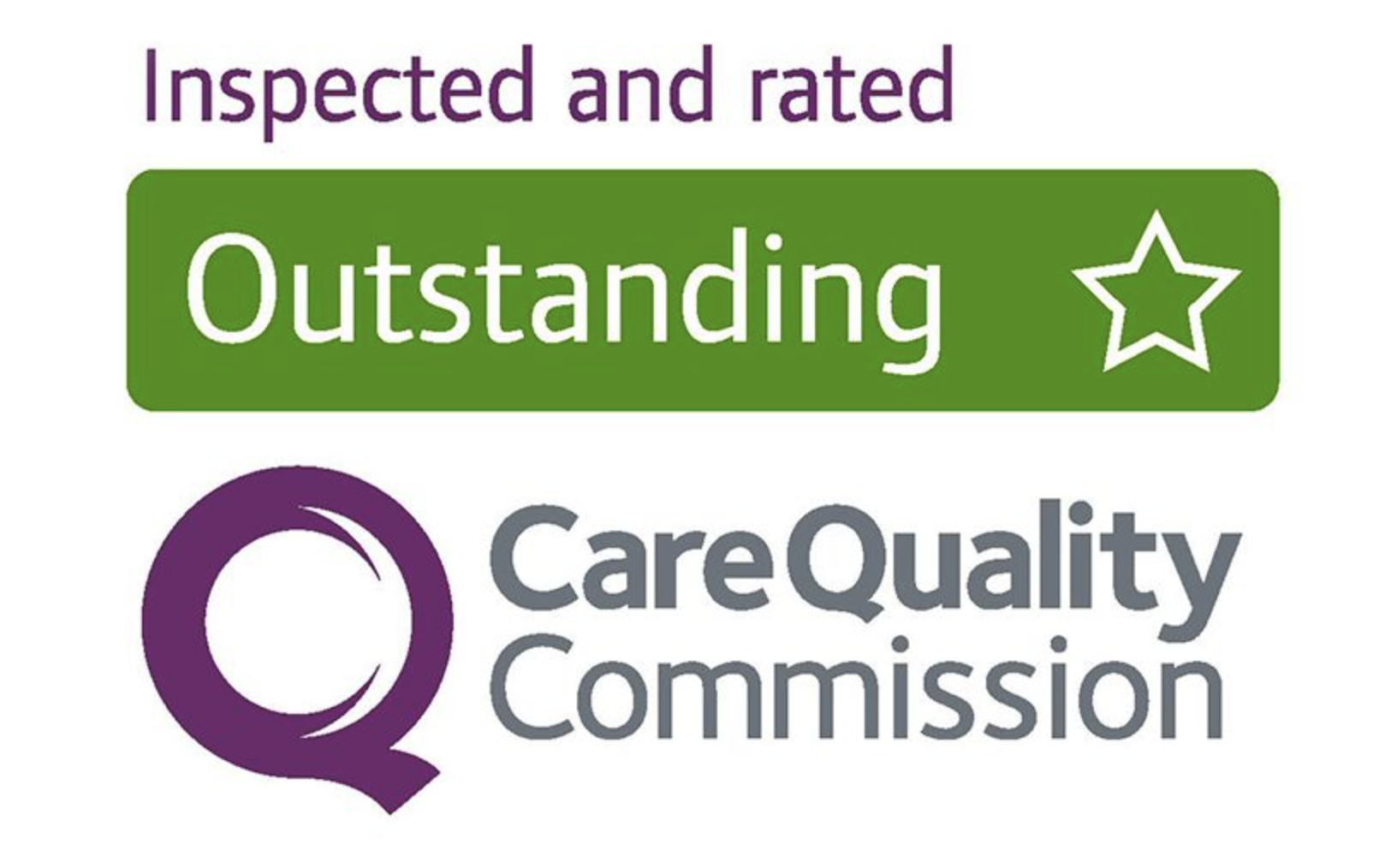